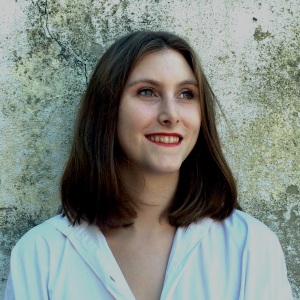 Caelainn Hogan is a writer and journalist from Ireland.

Her first book Republic of Shame is published by Penguin

‘At least in The Handmaid’s Tale they value babies, mostly. Not so in the true stories here.’

Republic of Shame explores and documents the ongoing legacy of the religious-run institutions in Ireland. Until alarmingly recently, the Catholic Church, acting in concert with the Irish state, operated a network of institutions for the concealment, punishment and exploitation of ‘fallen women’. In the Magdalene laundries, girls and women were incarcerated and condemned to servitude. And in the mother-and-baby homes, women who had become pregnant out of wedlock were hidden from view, and in most cases their babies were adopted – sometimes illegally.

‘[A] sensitive, can’t-look-away book … Through moving stories, Hogan shows how the past is still present’ – NPR

‘Achingly powerful … There will be many people who don’t want to read Republic of Shame, for fear it will be too much, too dark, too heavy. Please don’t be afraid. Read it. Look it in the eye’ – Irish Times

Since 2010, I have reported internationally on issues of conflict, migration, and marginalisation. After several years freelancing, I completed an M.A. at Columbia University Graduate School of Journalism and interned on the health and science desk of The Washington Post. In 2015, as an Overseas Press Club Fellow based in Nigeria’s megacity of Lagos, I worked with the Associated Press and reported from the north on the work of female activists, the politics of language and the Boko Haram conflict.  In 2016, I spent time in South Africa as an International Reporting Project fellow, reporting on sex workers’ access to healthcare and the campaign for decriminalisation.

I have reported from within Syria during the conflict, writing about everyday people living amidst the war, from cancer patients seeking treatment across front lines to young brides whose fathers had been forcibly disappeared.

I am currently based in Dublin writing about inequality, politics and legacy.